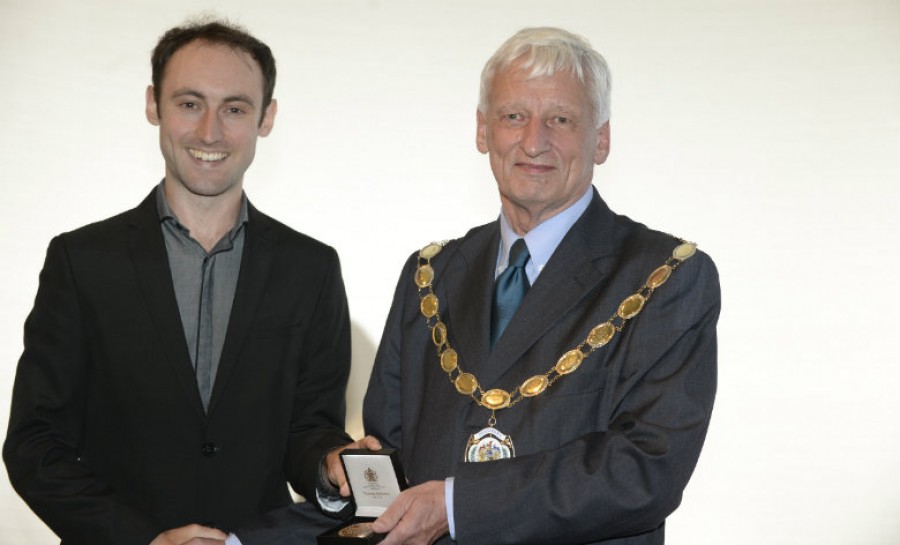 80% of blindness can be treated or prevented but 36 million people worldwide are blind.

Andrew Bastawrous, Chief Executive Officer of Peek, has been awarded a prestigious prize for medical imaging and photography in the 2017 Royal Photographic Society (RPS) Awards.

Receiving the award on behalf of Peek, Nigel Bolster, Peek’s Evidence Lead, said, “Peek’s mission is to provide vision and health for everyone using smartphone imaging technology and health intelligence.  It’s fantastic that our work has been recognised by three of the most eminent health bodies in the UK through our award of the Combined Royal Colleges Medal of the Royal Photographic Society.  I’m delighted to receive this award on behalf of Andrew and the rest of the team at Peek.”

80% of blindness can be treated or prevented but 36 million people worldwide are blind. 90% of them are in low and middle income countries, where they live separated from local services.    Peek helps locate people with visual impairments using evidence-based solutions developed with smartphone imaging technology, including Peek Retina, a smartphone adapter for retinal imaging.  Peek Retina works together with unique sight test apps and carefully designed workflows to deliver better vision and eye health for everyone who needs it.

The Combined Royal Colleges Medal was presented at the RPS Awards ceremony held at the Royal Society in London, UK, on Thursday 21 September 2017.  Other recipients of awards included engineer and inventor Dr Michael Tompsett, who was awarded the RPS Progress Medal for his contribution to the scientific and technological development of photographic imaging, as well as fashion photographer Jane McLeish-Kelsey, and award-winning cinematographer Hoyte van Hoytema.

Established in 1878, The RPS Awards are the most prestigious photography awards in the world, recognising exceptional photographers, scientists, curators, and those who have given outstanding service to The Royal Photographic Society.

Dr Andrew Bastawrous is an ophthalmologist and Assistant Professor in International Eye Health at the London School of Hygiene & Tropical Medicine. He provides overall leadership and responsibility for Peek, making sure we generate the most impact we can, and is a TED Fellow, Rolex Laureate and World Economic Forum Young Global Leader.