Vision for the Commonwealth: New campaign launched to bring vision to everyone, everywhere 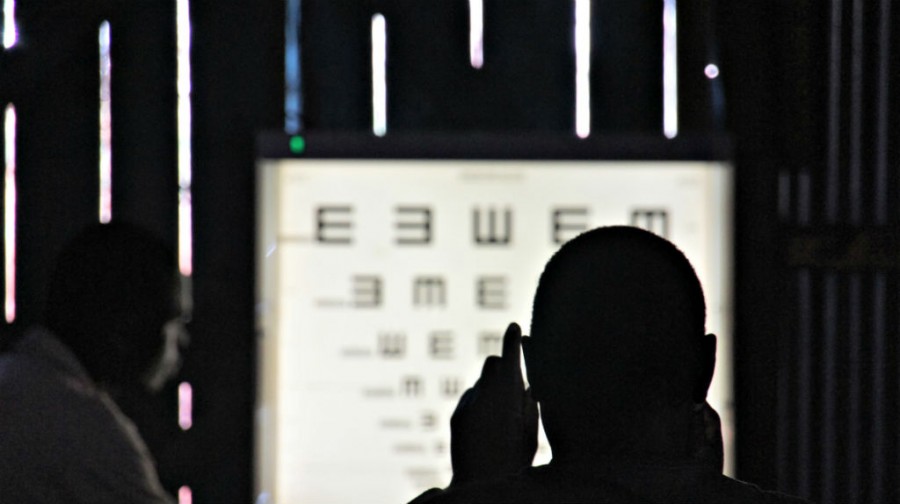 Peek has joined forces with other eye health organisations, charities and campaign groups to call for avoidable blindness and poor vision to be included in the agenda of next April’s Commonwealth Heads of Government Meeting in the United Kingdom.

Today three out of four people who are blind do not need to be; while 90 per cent of people with poor vision could be helped with a pair of glasses. Estimates suggest that if we do not act now, the number of people blind and with poor vision could treble by 2050. Simple and inexpensive, tried and tested solutions exist to prevent or treat many types of blindness or poor vision.

Peek has joined forces with other eye health organisations, charities and campaign groups to call for avoidable blindness and poor vision to be included in the agenda of next April’s Commonwealth Heads of Government Meeting in the United Kingdom.

In 2015 there were 14 million people blind people in the Commonwealth. An additional 70 million had medium to severe visual impairment. A startling 1.1 billion people globally had near-vision impairment, affecting their ability to read and perform tasks such as threading a needle. The Commonwealth has taken a lead in addressing avoidable blindness and progress has accelerated in the last five years. But more needs to be done. Every person across the Commonwealth should be able to achieve their full potential and contribute to the prosperity of their communities and countries now and in the future.

Over the next six months, Peek, The Queen Elizabeth Diamond Jubilee Trust, Sightsavers, The Fred Hollows Foundation, Clearly and the International Coalition for Trachoma Control will work to raise awareness of this issue and unite Governments, advocates, service providers and supporters to bring vision to everyone, everywhere.

Dr Astrid Bonfield CBE, Chief Executive of The Queen Elizabeth Diamond Jubilee Trust said: ‘’This issue is relevant to every Commonwealth country without exception. Good vision transforms lives; it can help reduce poverty, and deliver quality education, decent work and gender equality. We must act now to ensure that no one in the Commonwealth need suffer from blindness or poor vision when it can easily be prevented or corrected.”

Andrew Bastawrous, CEO and co-founder of Peek said: “Vision is not just a health issue – it is a social issue, an educational issue, a gender issue.  Peek is delighted to be working with our partners in Vision for the Commonwealth to raise awareness of avoidable blindness and poor vision.  Together, we can achieve better vision and health for everyone within the next generation.”