Peek - The Story So Far 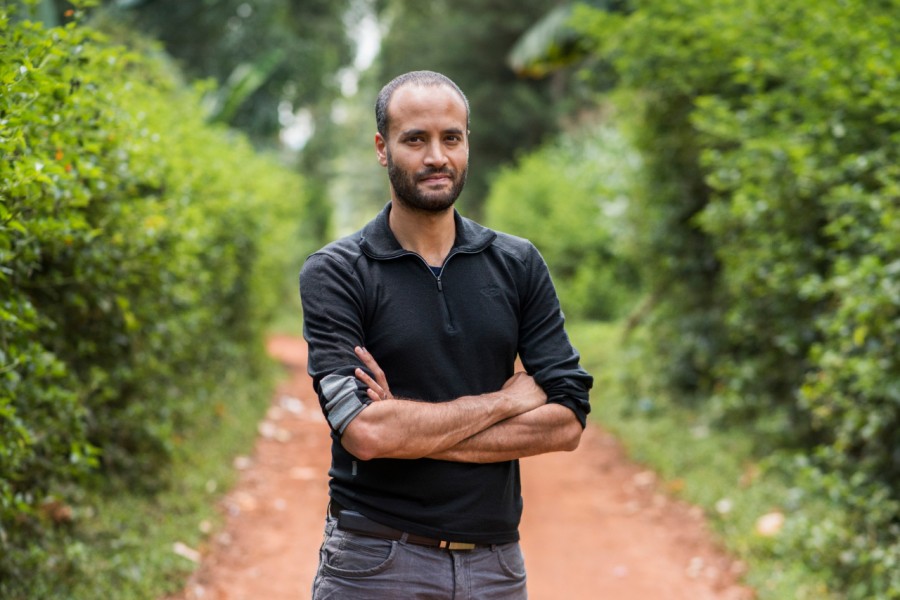 "We are proud of the progress we have made so far, but we are even more excited about the possibilities that the coming decade brings."

In 2010, US President Barack Obama was about to enter his second year in office; the films Inception and Avatar were in cinemas; and a new social media tool called Instagram was about to launch.

It is also the year that a young eye doctor in the UK started getting seriously interested in the idea that smartphones could help his practise as an ophthalmologist.  That young doctor was Andrew Bastawrous, who is today CEO of Peek Vision.

Andrew had been working as an ophthalmologist in the UK’s National Health Service for a few years.  But since childhood, he had been driven by a burning desire to help the millions of people worldwide who needlessly lose their vision because they do not have adequate access to health care.  When an opportunity came up in 2011 to study for a PhD at the International Centre for Eye Health at the London School of Hygiene & Tropical Medicine, it seemed like the ideal opportunity to fulfil this childhood dream.

The PhD project was a comprehensive survey of eye disease in Nakuru, Kenya.  In 2012, Andrew and his young family moved to Nakuru with the aim of setting up 100 eye clinics to survey and treat people’s vision problems in the region.  The challenges were immense. But the longer the work went on, the more it became clear that the smartphone technology Andrew had been thinking about for a few years might offer a solution to some of the huge issues preventing so many people from receiving the treatment they desperately needed.

In many of the locations the study team visited, there was no electricity, no running water and no roads, but a perfect phone signal.  Despite the incredible dedication of talented local eye health workers and substantial commitment from eye health charities, there were simply too few eye health workers to treat all of the people who were losing their sight.  Something had to change. What if a smartphone could help stretched eye health workers make better use of their time?

Over the course of 2011 and 2012, the team in Kenya started experimenting with ways to accurately test people’s vision using a smartphone app.  They managed to secure some small but critical grants to test the earliest prototypes alongside conventional equipment. At the same time, they started to develop a way to use the smartphone to take images of the inside of the eye to assist diagnosis, which would eventually develop into Peek Retina.

Over the next few years, the “eye phone” idea took off.  In 2012, Andrew published an award-winning essay about the project which was picked up by international media.  In 2013, the project team came up with a new name - Peek.

Several more awards and research grants allowed the project to continue testing and development. In 2014 - less than two years after the first prototype vision testing app was taken out into the field - a validation study was completed in Kenya.  The study showed that Peek Acuity, the standalone vision check app, is at least as accurate as conventional distance vision tests.

Andrew and the Peek team were starting to receive more and more interest in the project, and Andrew was selected to give a TED talk in 2014 which was instrumental in securing further support for the project.   At the end of the year, the Queen Elizabeth Diamond Jubilee Trust awarded Peek a major grant to further develop its prototype tools and systems.  This funding, with the contributions of other funders and supporters, was the catalyst for much of Peek’s subsequent progress.

While the clinical validation of Peek Acuity in 2014 was a major milestone, the team were already investigating ways to increase its impact.

In 2011, Andrew had met Dr Hillary Rono, a Kenyan ophthalmologist also studying at the London School of Hygiene & Tropical Medicine.  Dr Rono worked in Kitale, a rural area of Kenya where he was the only eye doctor for over a million people. Together, they and the project team had the idea to build a comprehensive data capture system around the Peek Acuity app, enabling non-specialists, such as teachers or community workers, to accurately conduct eye health screening in schools and communities.

Over the next three years the team built and tested new features to make the comprehensive Peek system more effective.  These included automated text message appointment reminders for patients or their carers, and data analytics so health service providers could accurately monitor how services were being used (which was impossible using the old paper-based systems).

This work culminated in a scientific study comparing the Peek school eye health system to conventional school vision screening, which took place over 2015 - 2016.  The results, published in The Lancet Global Health, showed that the Peek system more than doubled the proportion of children attending follow-up appointments compared to conventional screening, proving that this approach could help improve eye health in low-resource settings.

Since Peek’s inception, it had been operating as a research project at the International Centre for Eye Health.  Towards the end of 2015, Andrew and the rest of the team were supported by London School of Hygiene & Tropical Medicine to spin out from the university to become an independent social enterprise, Peek Vision.

The Peek London office opened at the beginning of 2016, while the Kenya team continued to be based in Kitale, Kenya, where they had developed the foundations for Peek.

While the results from the trials in Kenya were encouraging, the team knew that to achieve large-scale change the comprehensive Peek system would need to be tested and shown to be effective in different locations.

From 2015, Peek had been developing new partnerships in Botswana, which allowed  it to lay the foundations for a new school screening pilot study. By mid-2017, this innovative partnership of organisations had screened nearly 13000 children in 49 schools.  Thanks to improvements in the Peek system based on the work in Kenya, over 95% of children in the pilot attended follow-up appointments.

In the same year, a trial in Hyderabad, India, used Peek to screen nearly 7500 children in 50 schools.  This trial allowed the Peek team to further refine and improve the delivery of school eye health programmes using the Peek software.

2017 also saw the successful launch to market of Peek Retina, following a successful Indiegogo crowdfunding campaign, which funded the product development along with several awards and donations of time and expertise from supporters.

Throughout 2017 the school screening programme in Kenya continued to reach more children, covering the entire county - over 160,000 children - by mid-2018.  This work was declared overall winner of the African Union’s All Africa Public Service Innovation Awards at the end of 2018.

In Botswana, based on the impressive results from the 2016 pilot study, the Government of Botswana committed in 2018 to using Peek to deliver a national school eye health programme, the first of its kind.  The programme will launch in 2020.

At the same time, the Peek community system was being built ready for testing and scale-up in Kenya.  While the principle of this system is similar to the comprehensive school eye health system - allowing non-specialists to screen, refer and follow-up people with vision problems - the challenges are different.

Typically, people reached by community screening programmes are older, and they may be isolated - both socially and physically - living many miles from healthcare facilities.  So the system of referral, triage and treatment around the programme needs to be different, which means the Peek screening system needed to adapt to this different setting. A randomised controlled trial of the community system finished in 2019 and the results will be published in 2020.

Testing and refining the technology necessitated a “hands-on” approach to eye health screening for the Peek team in the early years.  However, it quickly became clear that to sustainably meet demand for the technology, Peek would need to work with innovative partners in the eye health sector who were willing to adopt the new technology and contribute their expertise and networks.

In late 2018, this approach reached a major milestone with Peek’s first multinational partnership with an international NGO.  CBM is a leading disability charity which works with eye health implementers in dozens of countries worldwide, and has a highly-respected eye health team.  Over the course of 2019, CBM, Peek and implementing partners have launched new school and community eye health programmes in Pakistan and Zimbabwe, with preparations underway to expand to new locations in 2020 and beyond.

In just four years since its establishment as an independent social enterprise, Peek has expanded to a team of 36, with offices in Botswana and the UK, a long-established research base in Kenya, and other staff based all over the world.

We are proud of the progress we have made so far, but we are even more excited about the possibilities that the coming decade brings.  We are so grateful for the support we have received from our wonderful partners and backers, without whom we would not have been able to get where we are today.  With your continued support, we can bring better vision and health to even more people in the next ten years.