Nobody left behind: how Peek contributes to better health for all 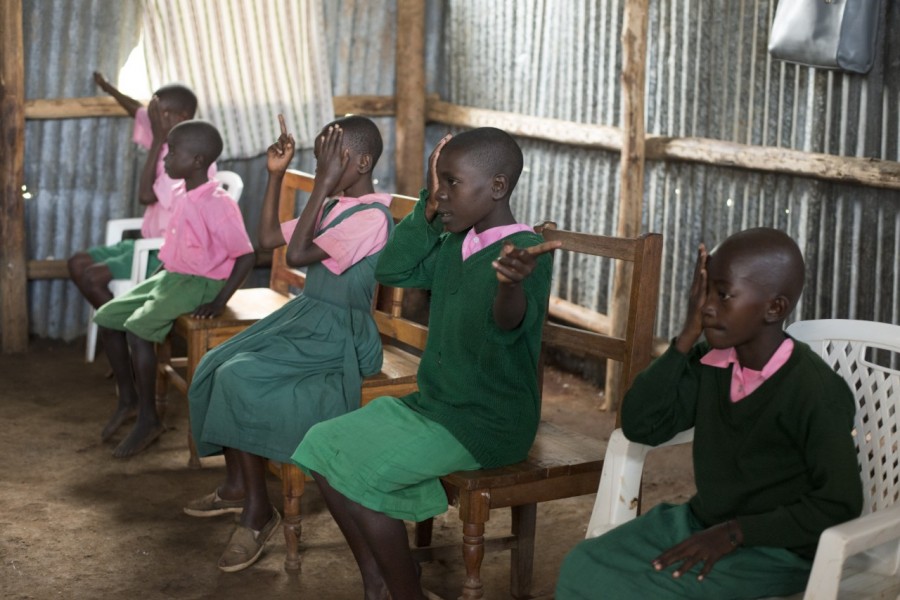 "Understanding the scale of a health problem in your region or country is the first step towards being able to solve it, and we look forward to working with our partners in the coming years to support the global drive towards universal health coverage..."

It’s easy to take good healthcare for granted if you have it.  But for one in every two people on the planet, obtaining even basic health services is a major challenge.  While we are living in an era of unprecedented growth and progress in many areas, half of the world’s population are at risk of being left behind when it comes to the most precious of resources: good health.

Being “left behind” means losing hope and the opportunity to fulfil one's potential. The reality is, billions of people on our planet are being left behind, despite incredible advances in treatment and technology.

In eye health specifically, an estimated one third of the world’s population cannot access basic eye care services.  Millions of people live with unnecessary sight loss, and with it, a huge disadvantage in realising their personal, family and economic ambitions.

The World Health Organization (WHO), in line with the Global Goals for Sustainable Development, are leading the agenda to deliver “universal health coverage” (UHC) - which means leaving no one behind.  Simply put, the ambition is to ensure that everybody in the world has access to healthcare by 2030.

Peek and its partners across the sector have a major role to play in making this a reality.  Despite the considerable successes over the last thirty years since VISION2020 was launched, the problem of avoidable vision loss is growing at an alarming rate.

The good news is that the proportion of the world’s population who are blind has gone down in the last three decades.  However, the actual number of people with blindness and visual impairment is going up as the world becomes more populous and people live for longer. The number of people who will be blind or have poor vision is set to triple in the next 30 years - We have a vision crisis.

At the same time, we have an unprecedented opportunity to create a different future:  WHO and UN officials have developed a set of healthcare indicators which allow every country to measure their progress towards universal health coverage.

Asking countries to measure every single aspect of their health coverage wouldn’t be practical, so the idea is that a selection of indicators will be agreed later this year that represent the different areas, which together constitute a comprehensive health care system.

An initial shortlist of this selection of indicators includes two that are related to vision. One indicator is for access to quality cataract surgery, the most performed outpatient surgical procedure in the world, and therefore, a great proxy for health coverage.

The other vision-related indicator relates to quality vision correction due to refractive errors - in other words, the need for glasses. Glasses are the most widely-used assistive devices on the planet, despite an estimated third of the world’s population who need them still not being able to access them. Again, a great proxy for universal health coverage.

These two indicators also relate to conditions that affect the majority of all people globally living with sight loss. They happen to be straightforward and cost-effective to treat, but for various reasons - including lack of awareness around eye health and historic under-investment in infrastructure and training - it is just not happening enough.

One of the major barriers to universal health coverage in the past has been the difficulty of measuring the health of a population - if you don’t know what treatments people need, you can’t effectively plan and provide health services for them.

The good news is that the eye health indicators mentioned above will be relatively straightforward to measure.  The pioneering Rapid Assessment of Avoidable Blindness (RAAB) eye health survey means that it is possible to get an accurate understanding of the eye health needs of a large population relatively quickly - something which can unfortunately be a huge challenge in other areas of health.

Peek is working with RAAB to make these eye health surveys even better by exploiting mobile technology and smart ways to reduce errors.  Working with the International Centre for Eye Health at London School of Hygiene & Tropical Medicine we are also planning to extend the survey method and technology so it can be used in school.  So measuring the eye health indicators mentioned above should be straightforward and cost-effective, just like the treatments themselves.

Understanding the scale of a health problem in your region or country is the first step towards being able to solve it, and we look forward to working with our partners in the coming years to support the global drive towards universal health coverage.  We have been given an opportunity to turn the tide on the vision crisis and Peek, and its partners, are focused on playing our part to make sure no one is left behind.

To read more on how Peek contributes read here…