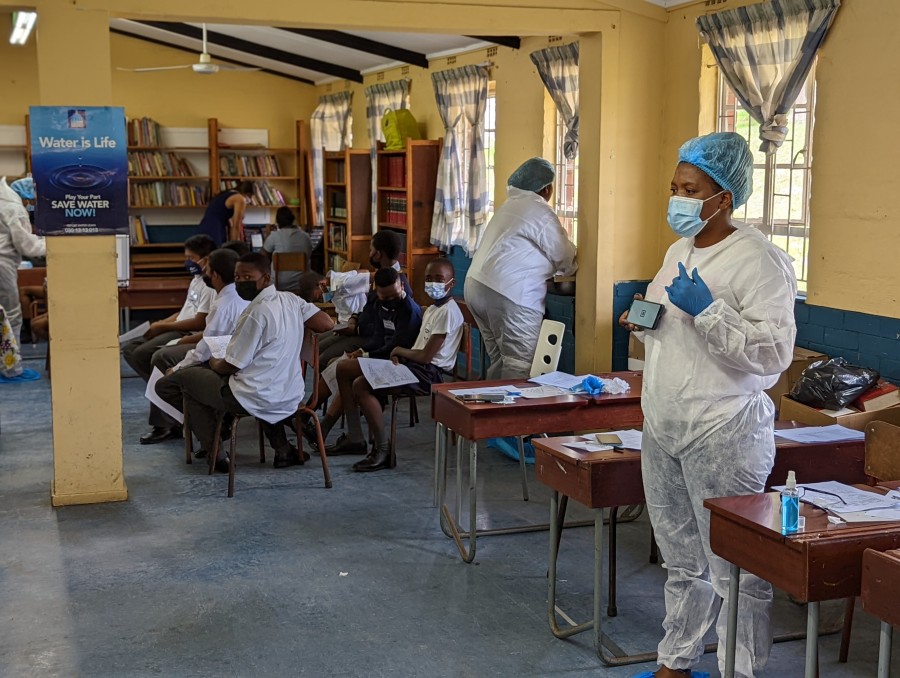 “We want SEHRA to be a practical tool to help the eye health organisations which work so tirelessly to advance school eye health." - Dr Priya Morjaria, SEHRA Principal Investigator

A new school eye health planning tool being developed by Peek and its partners has been successfully piloted in Durban, South Africa with the African Eye Institute.

The School Eye Health Rapid Assessment (SEHRA) tool aims to help eye health providers gather the information they need to effectively plan a school eye health programme. It will use rapid sampling methods to build an accurate picture of the eye health needs of school-going children in a given location, which can then be used to design programmes that are locally-relevant and make best use of limited resources.

In mid-February, the pilot team spent a day working with community and social health care workers and optometrists to train them in using the prototype, which includes Peek’s clinically-validated smartphone visual acuity app to accurately check children’s vision.

Following training, the team spent two days at Moorton Heights Primary School to understand how the tool would be used in practice and get feedback from users.  In total, 234 children were screened for eye health conditions and those that required further treatment or examination were referred to appropriate health facilities.

The work is being funded by USAID - Child Blindness Programs and conducted in collaboration with the International Centre for Eye Health (ICEH) at London School of Hygiene & Tropical Medicine (LSHTM) and a global advisory group of leading eye health organisations.  The study also benefitted from the support of the One School at a Time project, supported by African Eye Institute, CooperVision and Essilor.

“This pilot study has been extremely helpful in shaping our development of SEHRA,” says Dr Priya Morjaria, the study’s Principal Investigator and a member of the Peek team and researcher at ICEH.  “We want SEHRA to be a practical tool to help the eye health organisations which work so tirelessly to advance school eye health.  The feedback we’ve received from our partners at the African Eye Institute during this pilot study has been invaluable, as are the logistical insights we’ve gained thanks to the participation of Moorton Heights Primary School.”

A second pilot study in South Africa is planned for later in 2022, when the results from the first study will be put to the test and further refined.  SEHRA will also be piloted in a second country in 2022.

Read more about SEHRA and the pilot study in this research briefing.

This report is made possible by the generous support of the American people through the United States Agency for International Development (USAID) under the terms of USAID/PGRD Contract Agreement No. CBP019-Peek-Global. The contents do not necessarily reflect the views of USAID or the United States Government.

A community health worker conducting a vision test using the Peek platform as part of the SEHRA pilot.