A Vision for Talagang 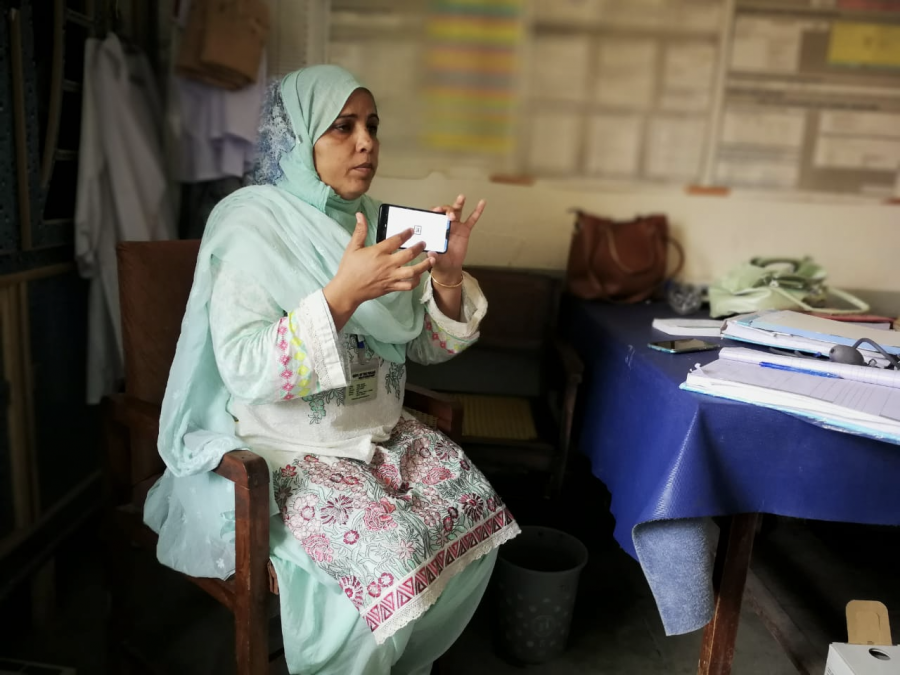 "The success of the community programme has been widely acknowledged and it is now being replicated in a new province in Pakistan." - Dr. Sergio Latorre Arteaga

Pakistan has played an important role in the history of eye health - in 1993 it was one of the first countries to develop a National Eye Health plan. In the last two decades, there have been remarkable efforts to reduce the overall prevalence of blindness. However, due to a growing and ageing population, the burden of vision impairment has been rising and is estimated to increase, unless some major changes are seen.  Pakistan currently has the third highest number of people living with vision impairment worldwide. According to the  IAPB Vision Atlas, 8.9 million people are affected by vision impairment, with 1.8 million of them living with blindness.

A unique feature of the health system in Pakistan is that it has an extensive network of community health workers. Lady Health Workers attend households in communities and together with Health and Nutrition Supervisors in schools, comprise one of the largest community health workforces in the world. These community workers are based in Basic Health Units, which deliver primary medical services, linked to larger, more specialized Rural Health Centres and Talagang’s main hospitals.

Historically, eye health services in Pakistan have been strained. Ophthalmologists at district-level hospitals report heavy caseloads, having to respond to all kinds of eye and vision impairments in the population, including those that could be resolved at the primary level.

To get a better understanding of the current need for  eye health services in Talagang (an area in the Punjab province of Pakistan, with a population of around 400 thousand people), a Rapid Assessment of Avoidable Blindness survey (RAAB) was conducted by trained ophthalmologists using Peek technology.

The survey revealed that the prevalence of blindness in Talagang is higher than the country average, with one third of the population over 50 years of age affected by vision impairment.  Untreated cataract was the most common reason for those affected by blindness, followed by corneal trauma, diabetic retinopathy and glaucoma. The survey also identified several barriers to people accessing services, with fear of surgery being the most widely expressed.

Treatment for cataract services is readily available in Talagang, so the puzzle for eye health providers in the area was to find out why so few people were having their needs met.

CBM and Peek launched a community eye health programme in November 2018, aiming to improve the way eye health services are being used and provided in Talagang. The programme is led by the College of Ophthalmology & Allied Vision Sciences (COAVS) in partnership with the Brien Holden Vision Institute and support from district authorities.

Lady Health Visitors, Optometrists, Dispensing Opticians and programme managers were trained to use Peek technology to register and track patients’ progress from screening to diagnosis and treatment.

By the end of 2019,  just over 30 thousand people had been screened by Lady Health Visitors who have incorporated eye health screening using Peek into their daily practice.  Over half of the people screened were identified as needing further services and thus referred for a full eye exam by an optometrist. The presence of vision or eye problems was confirmed in 90% of them, with 15% needing further referral to the main hospital. Those identified with refractive errors and no other problems were prescribed spectacles and referred to vision centers.

The result is that a high volume of patients (85%) have had their needs met at primary healthcare facilities, greatly reducing the strain on ophthalmologists and other hospital staff and enabling the programme partners to identify patients and provide services more efficiently.

Before the programme partners introduced Peek, up to 40% of consultations for eye health services at the main area hospitals were related to refractive errors. Since Peek was adopted, this proportion has reduced dramatically (to around 1%) as these issues are being solved by local optometrists. As a result eye health hospital services are in a better position to attend to more complex eye conditions, such as cataract.

In addition to making eye health services in Talagang more efficient, monthly reviews of programme data have allowed inequities and gaps in services to be identified and resolved.

For example, early in the programme the data showed that there was a significant gender disparity in screening participation, with just under 20% of vision screening participants being male. Using data uncovered by the Peek system, the programme partners were able to target their promotion of vision screening to men with the support of lady health workers and social organizers. In just two months, the proportion of men attending screening had more than doubled to 41%. The average compliance with referrals to eye exams for both men and women increased from 58% to 82% in just six months due to improvements the team made based on the data revealed by the Peek system.