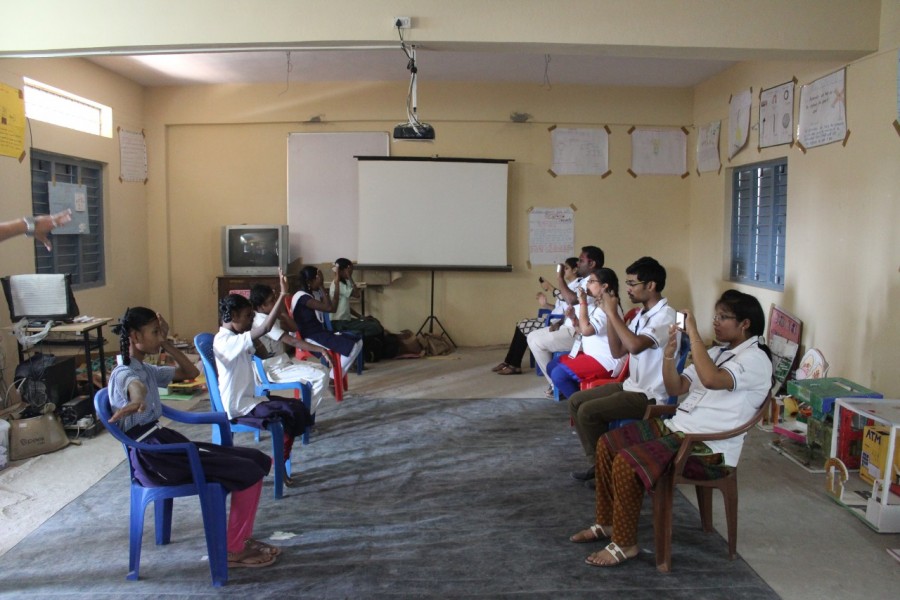 A team of researchers in Hyderabad, India, used Peek technology to develop and test an educational package intended to improve the proportion of children wearing glasses.

They used a prototype of the Peek school eye health system to gather and analyse data on the study and to generate images and voice messages encouraging parents to support their children in wearing glasses.  In total, 7432 children were screened across 50 government schools in Hyderabad, India.  Around half received the education package and half did not; following screening, those who required glasses were provided with them.

After 3-4 months, the researchers observed whether children who had been provided with glasses were still using them, and the results were compared to the children who had not received the education package.

Perhaps surprisingly, the results showed little difference between the children who received the educational package and those who did not - in both cases, just over half of them were still using their glasses 3-4 months after they were provided.

“There are many reasons why children do not wear spectacles, including concerns by parents that spectacles will have no benefit, weaken their child’s eyes or are stigmatising,” says the study’s lead author Dr Priya Morjaria, Assistant Professor at the International Centre for Eye Health and Head of Global Programme Development for Peek Vision.

“While it’s clear that better education will support better eye health if carefully delivered, this study suggests that effective educational interventions need to be carefully assessed and adapted to local circumstances before being widely rolled out.”

Because the trial used the Peek school eye health system, the eye health screening, treatment and compliance with treatment were all visible in real-time.  This made the effect of the intervention considerably quicker and easier to evaluate compared to conventional paper-based (or mixed paper and electronic) systems.  Since the trial took place in 2017, the Peek eye health system has been refined further and is currently being used in multiple programmes in Africa and Asia.

“An advantage of using the Peek eye health system is that it allows eye health programmes to analyse and report on data as they are collected,” she adds.  “This means that interventions can be modified or adjusted, such as altering the content or frequency of voice message, and the impact monitored in real time.”

The researchers were based at the International Centre for Eye Health (ICEH) at London School of Hygiene & Tropical Medicine (LSHTM), the Indian Institute of Public Health, Pushpagiri Vitreo Retina Institute and Peek Vision.

The research was made possible by the generous support of the American people through the United States Agency for International Development (USAID) under the terms of USAID/PGRD Contract Agreement No Contract No. PGRD-15-0003-006. The contents do not necessarily reflect the views of USAID or the United States Government.  The study was also funded by Standard Chartered Seeing is Believing Innovation Fund and the Vision Impact Institute.

Screening using the Peek school eye health system takes place in a school during the trial, which took place in 2017.