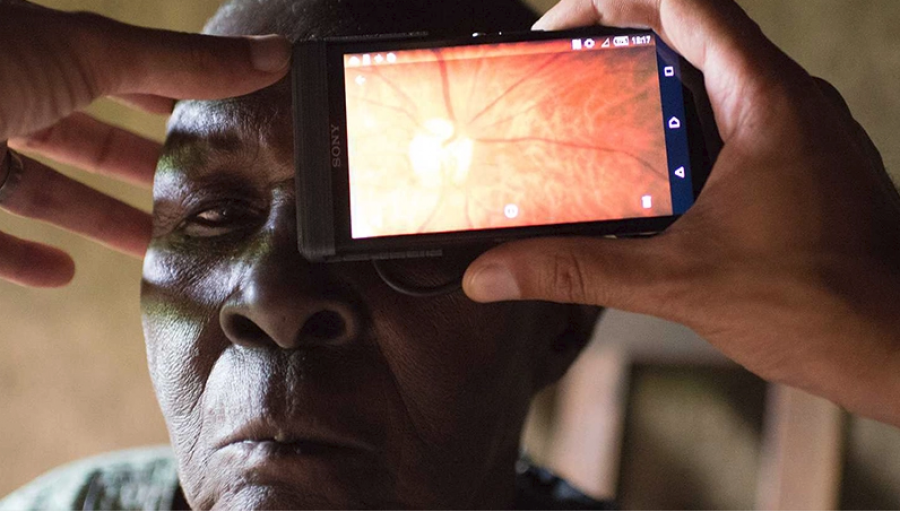 “A huge imbalance exists between those who need eye care and those who have it available to them.”

Most of the world’s 285 million visually impaired people live in low-income countries, often in areas where there is little access to diagnosis or treatment. British ophthalmologist Andrew Bastawrous is radically changing eye care in sub-Saharan Africa with a portable examination system based on smartphones.

“A huge imbalance exists between those who need eye care and those who have it available to them.”

Andrew Bastawrous is an ophthalmologist from England whose dream is to treat the millions of visually impaired people living in low-income countries. He has begun a project in remote areas of Kenya, where there is little eye care but good mobile phone technology. His solution is to use smartphones as a portable eye examination kit, and eventually make this technology available around the world.

“I accept this award on behalf of a lady called Maria. She’s a young Kenyan mother of three who’d walked for miles on a rumour she’d heard that we were running an eye clinic. When she came we found that she was blind in both eyes.

She doesn’t remember how old she was when she could last see, but she has faint memories of vision in her childhood. So, we took her to our clinic and we performed cataract surgery for her. We removed the clouded lenses from her eyes and replaced them with artificial lenses – and the next day she could see.

The effect was dramatic, because not only did she regain her sight, but she regained her dignity. She looked younger, she stood tall; and then she told us that we had a problem: she didn’t know where she lived.

Eventually when we arrived and her husband was there, a farmer surrounded by children who were playing; but she didn’t know which were hers – until her three children ran and embraced her.

It’s for Maria, and the millions of people like her who are unnecessarily blind, that we are incredible grateful to Rolex and all the partners who are supporting the work that we are doing. We’re now building a training centre to increase the capacity of what we are doing, and so that we can show how enterprising people in Kenya are at delivering eye care.

Rolex is a world leader in the art of time and time is short and too many people are silently waiting. So we’re humbled and grateful to be given this opportunity to help as many people as we can in the time that we have. Thank you.”